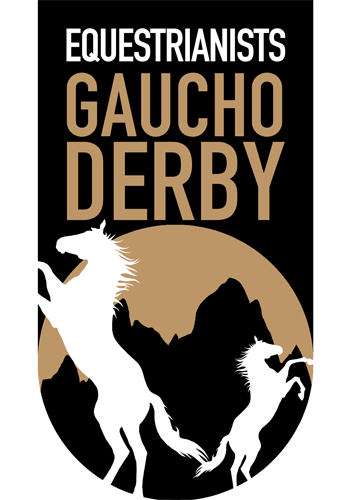 Has had her eye on the Olympics since she was six. She has put decades of eventing, coaching, and training under her belt.

Former jockey Chris did the Mongol Derby in 2014 and has been looking for the next adventure ever since.

2013 Derby veteran, was asked why she wants to ride in the Gaucho Derby, she replied “Six years, a husband, and two children after the Mongol Derby, I need this!”

Corie brings a plethora of riding experience to the table, from western ranch and rodeo riding, to fox hunting, cross-country jumping, skijoring & sidesaddle.

Jumper turned endurance rider, a Mongol Derby 2016 veteran, 2018 Race the Wild Coast competitor, and was on the shortlist for the 2017 US Endurance Team.

Lifelong eventer, point-to-pointer and racehorse rider, lived vicariously through her husband’s ’16 Derby, Laura is ready for her turn. Riding with Louise Daly.

A lifelong rider, a show horse judge, and Master of the Ledbury hunt, Louise’s horsemanship skills are impeccable. Riding with Laura Redvers.

Grew up riding in the mountains of Colorado. “Technical terrain is right up my alley. I have experience camping with horses and altitude is rarely a problem”.

2016 Derby veteran. Owns five horses which she rides as frequently as possible, and runs an annual pack trip (22 years and counting) into the mountains.

Charles, an accomplished endurance rider and trainer, has the distinct honour of being the joint winner of the very first Mongol Derby held in 2009.

Nichole is an experienced rider (trail riding, horse camping) and backcountry camper, she is eager to merge the two into one unique experience in Patagonia.

A lifelong rider and racehorse trainer, she has ridden in numerous countries around the world (Mongolia four times) and competed in the 2017 Mongol Derby.

Has guided horse tours in Spain, Ecuador, Argentina, and the Andes; rode the 2016 Mongol Derby delivery run, the wild coast of SA, and the Canadian Rockies.

A multi-discipline rider with National All-Around AQHA, FEI reining, and Eventing titles; rode the 2014 Mongol Derby, the Wild Coast in SA, and competed in the Kraken Cup.

A firefighter by trade, Julie is no stranger to backcountry pack trips and wrangling cattle. A Mongol Derby 2012 veteran, she has travelled and lived in Argentina.

A Mongol Derby 2019 veteran, she grew up eventing, but is also experienced in steeplechase, fox hunting, cutting & polo.

Jako is a super experienced horseman who runs horse safaris in Patagonia and Africa. He helped design the 2020 Gaucho Derby route and will be riding it as a non-competitor.