In 2009 we made the Mongol Derby. We had no idea before setting forth on the task that we were starting a new sport or that the race would grow into such a well recognised beast. And now after 11 years the Mongol Derby has a sister. The equally mighty Gaucho Derby. Not just a rehash of the Mongol Derby in a different country but a whole new race designed from the ground up around the horses and culture of the Gauchos of Argentine Patagonia.

Before we release any new adventure it goes through 3 stages. First we do our research. This has been happening in earnest since 2018 with multiple trips around the whole region to close in on an idea. Second we set off on a test run to see how it looks through our own eyes, which happened in 2019. And then, the final stage before a race is released is to invite a hardy group of legends called the pioneers to try it out, to help us design the event for the world at large. And it is this historic race that occurred in March and about which this report is written.

On the 2nd of March 2020 the riders and crew assembled in El Calafate in Southern Argentina to take on the 500km race course across some of the most remote and wild terrain on the continent. Horses were moved into place as riders headed north to the start line in Estancia La Perseverancia. After rider training the bugle was blown and the riders thundered over the line to create equestrian history. 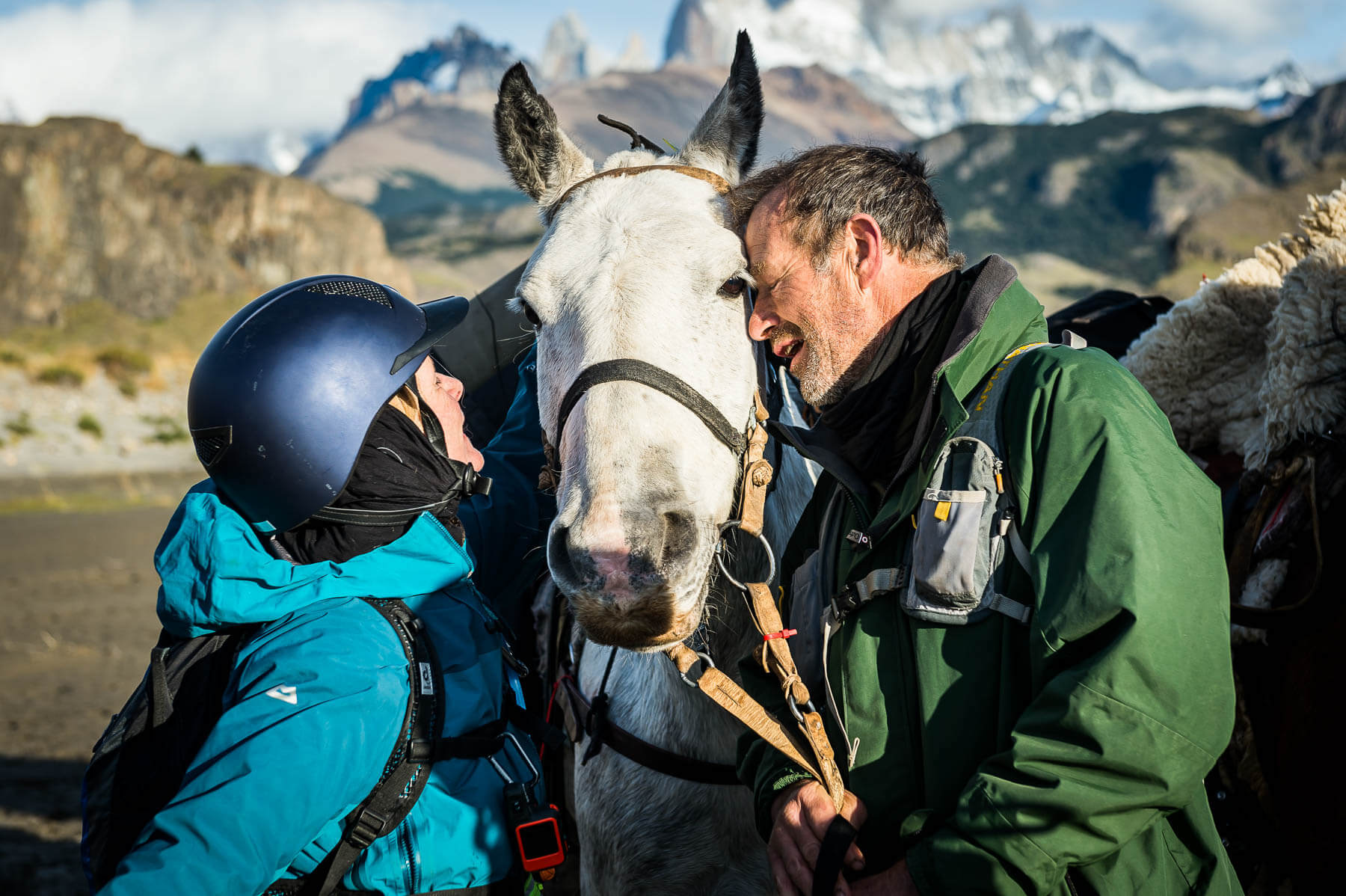 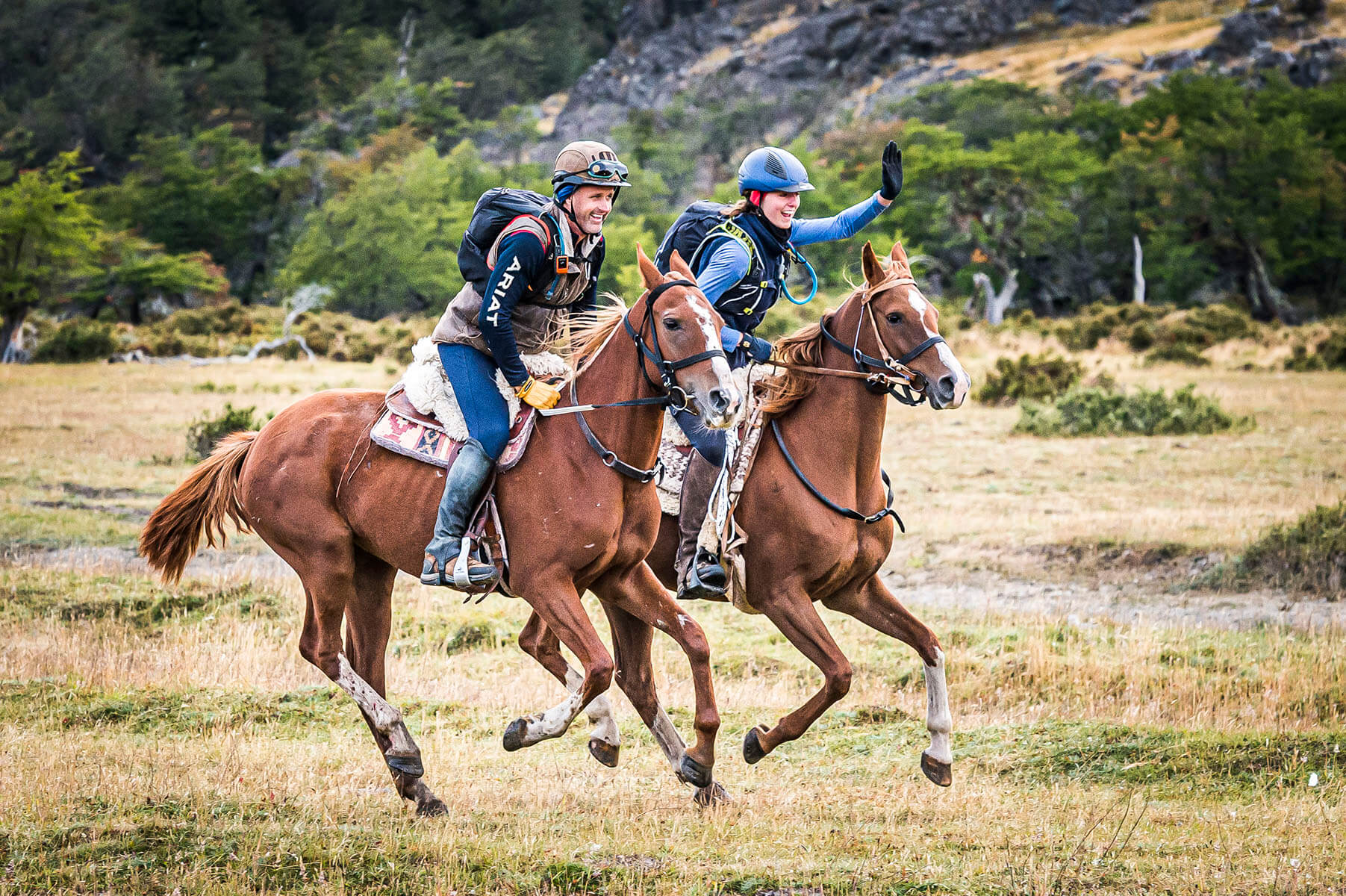 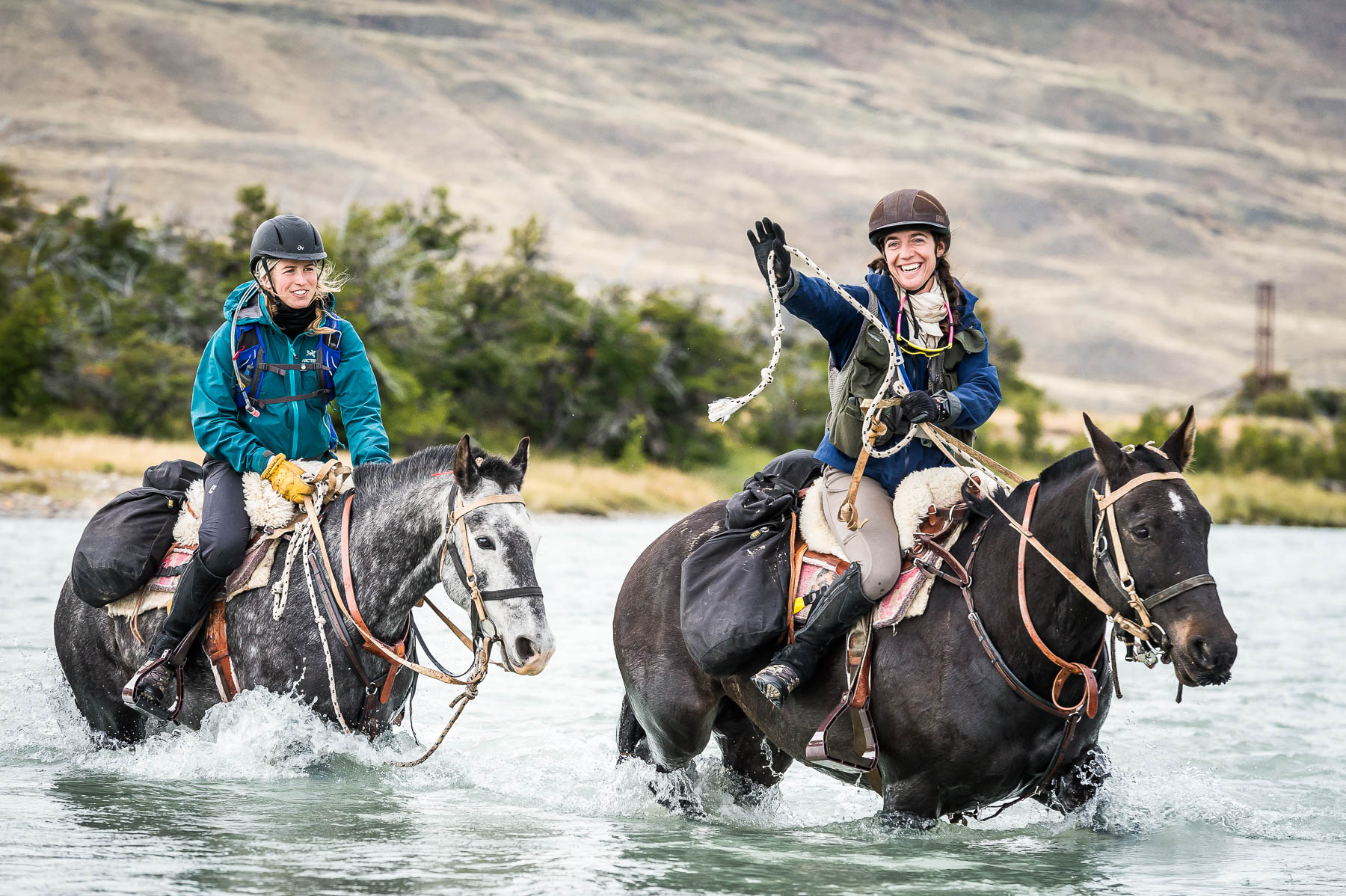 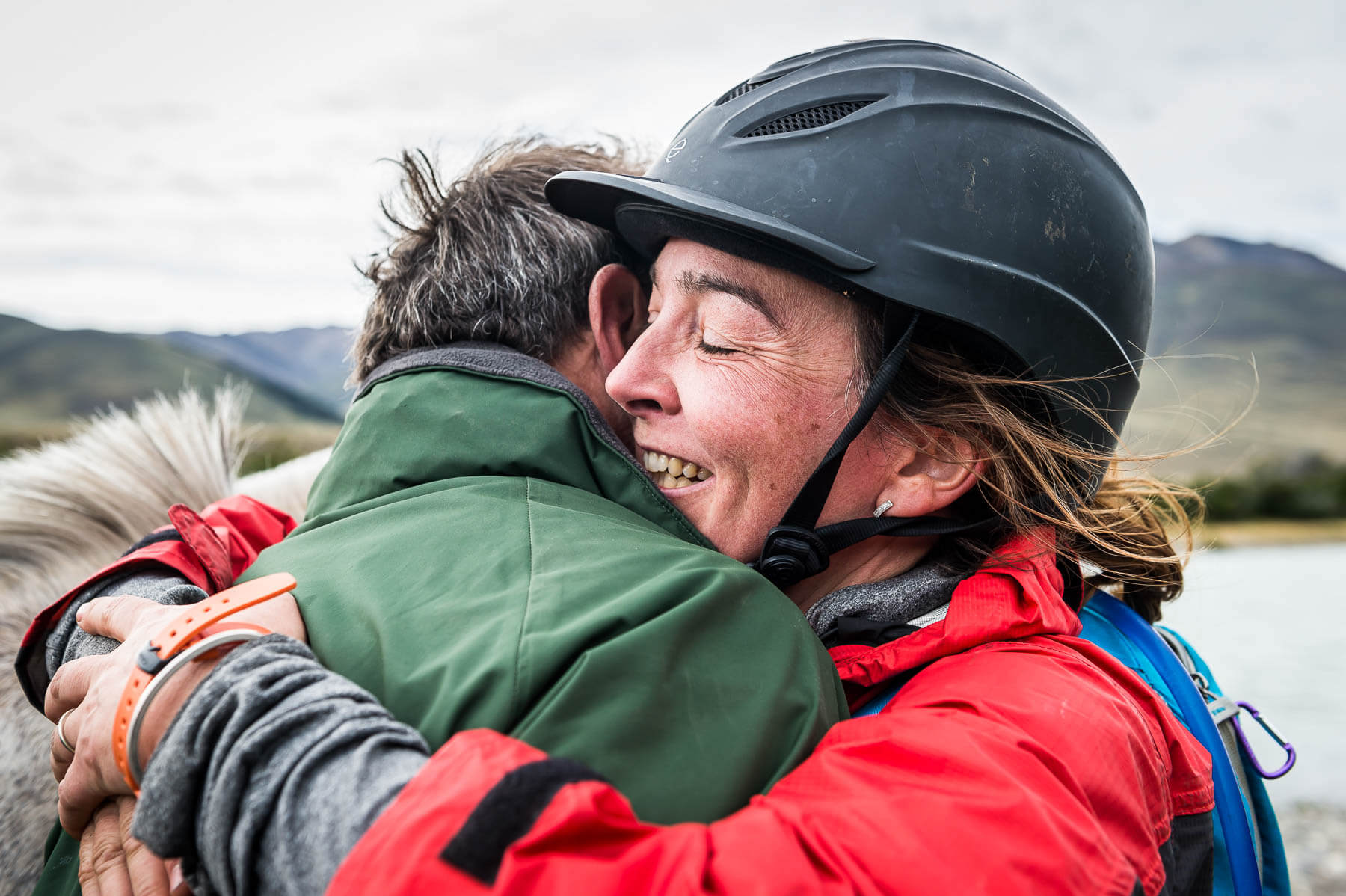 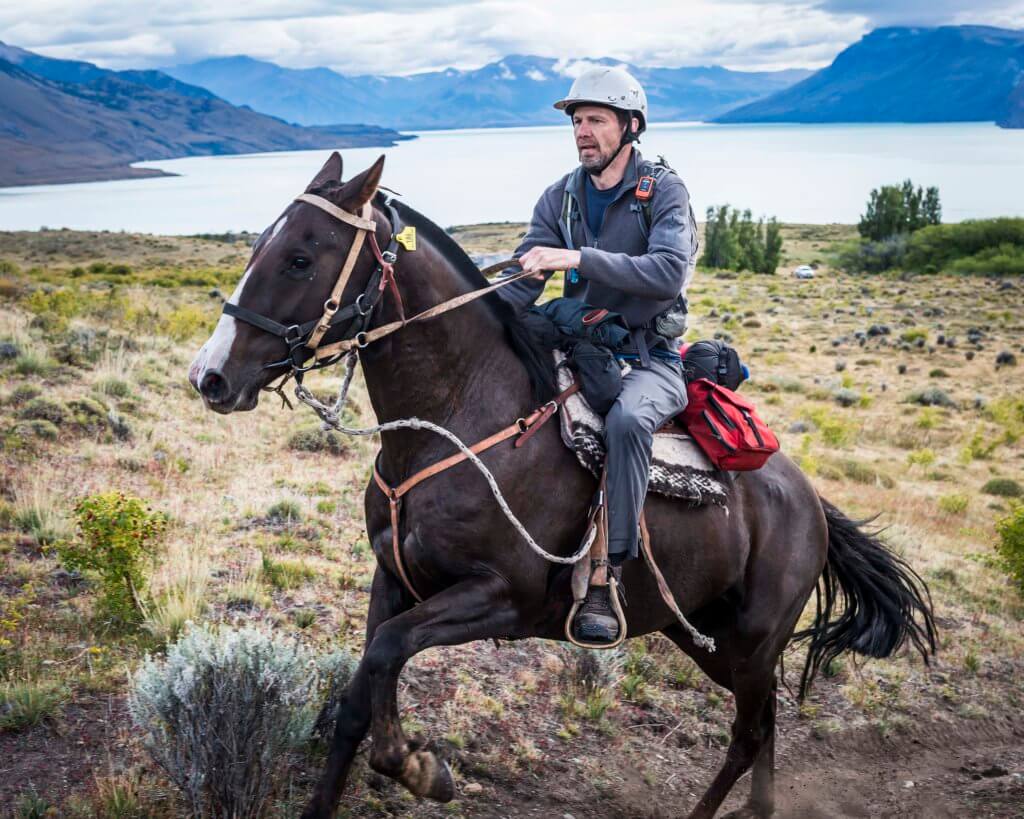 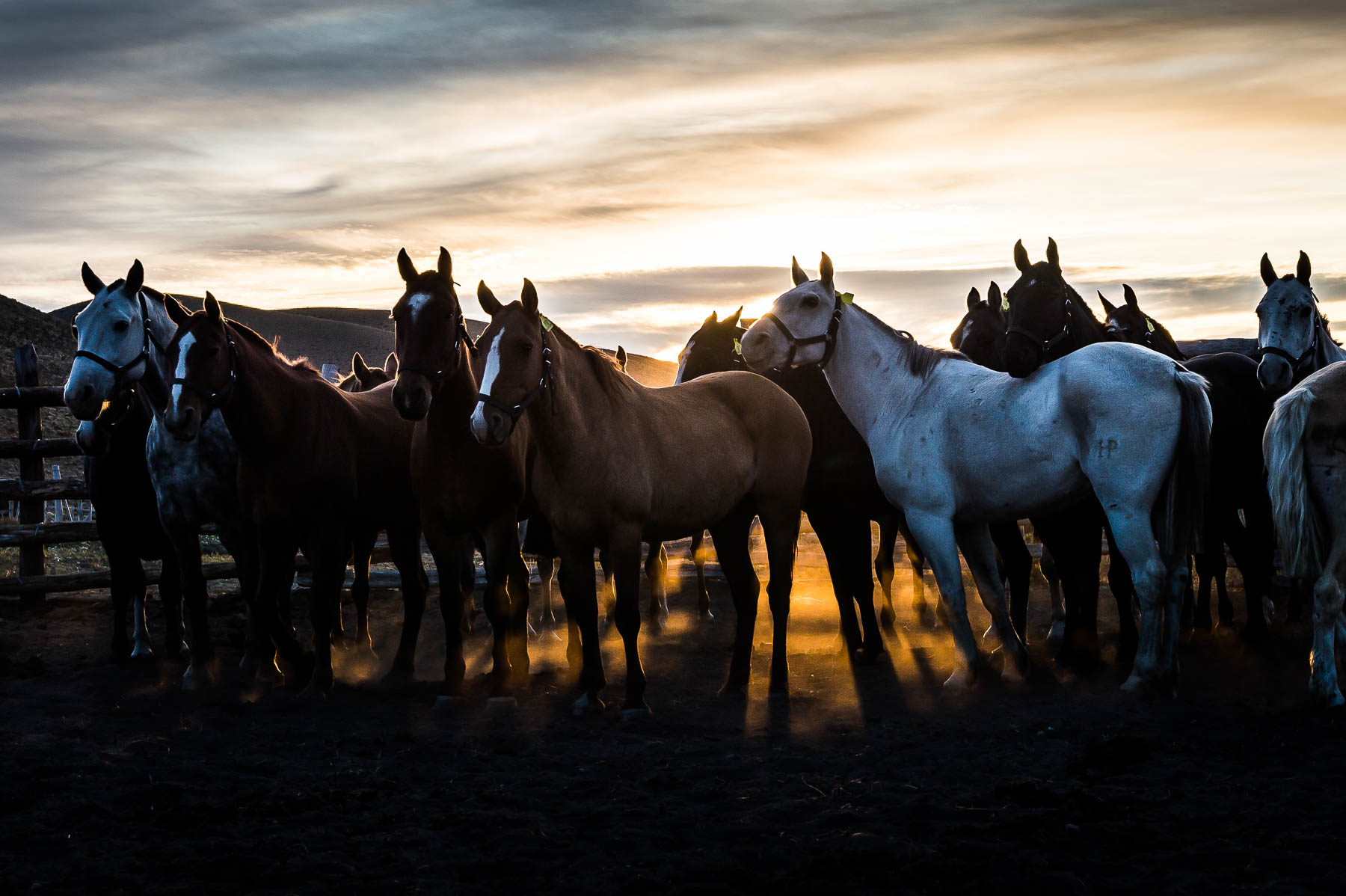 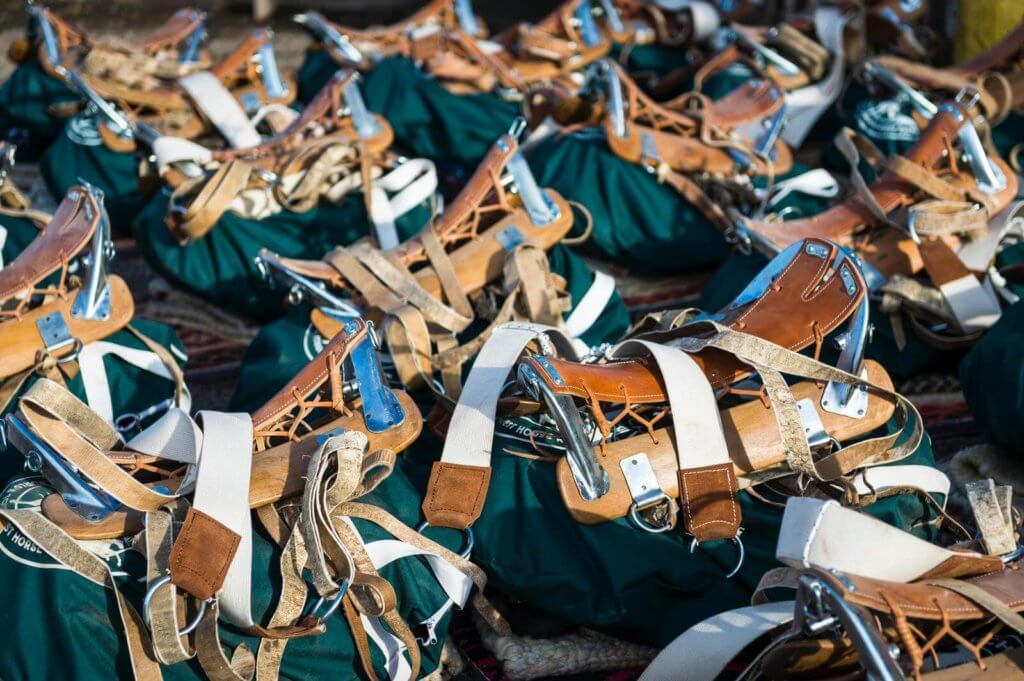 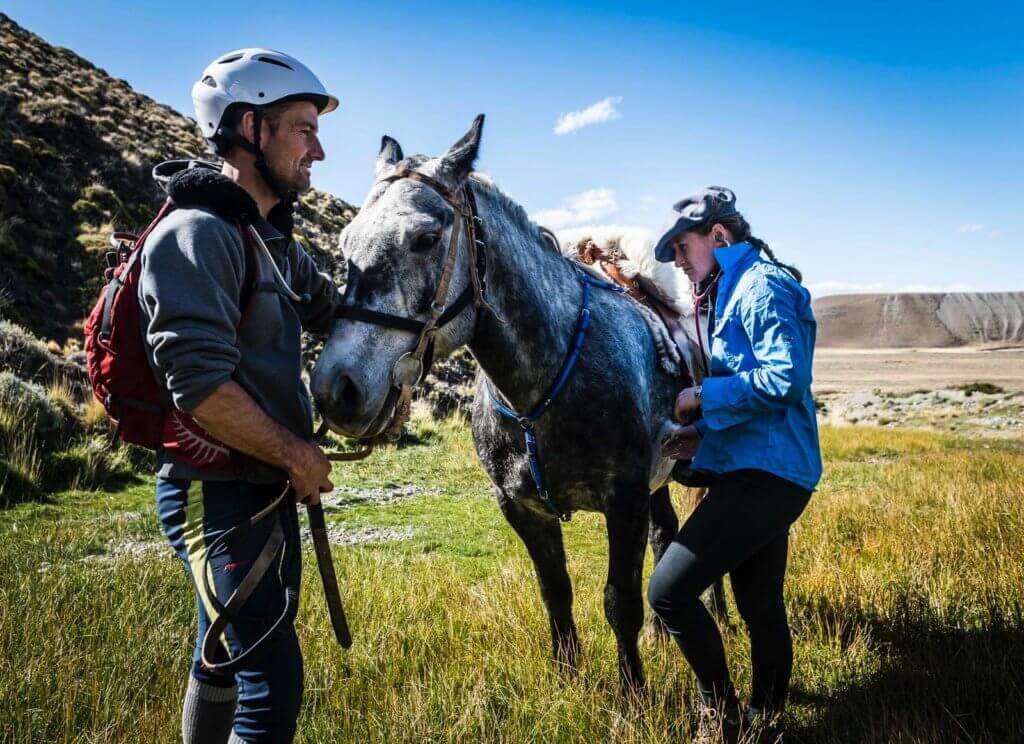 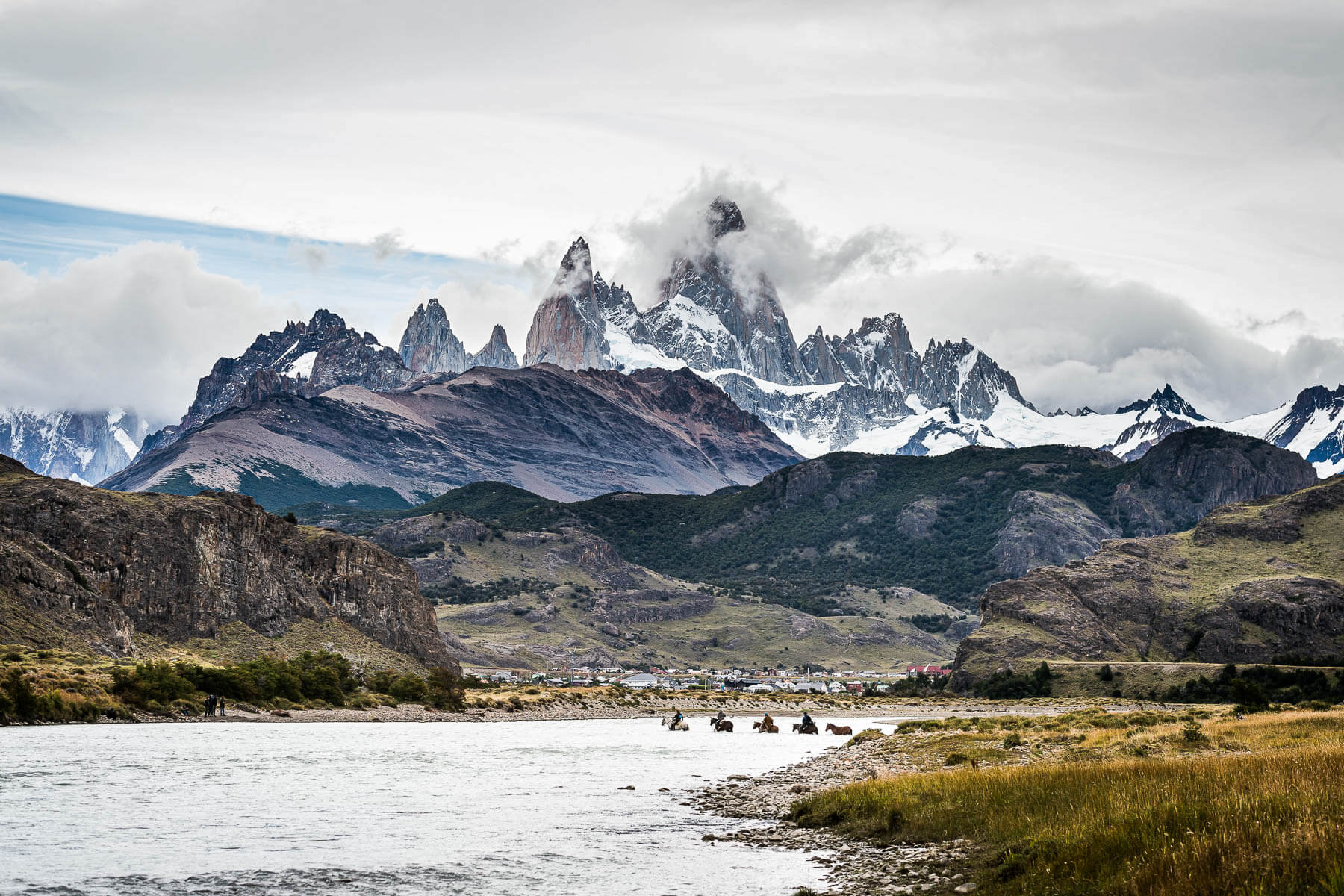 It all came to a close just days before the whole world went full crazy and shut down for the virus (so my apologies this report is a little later than planned).

Hands down the first thing to do after any pioneers race is to thank the pioneers, the brave souls who leapt forth into a world first. Their long hours of riding, good spirits and feedback will help shape the mighty Gaucho Derby for time immemorial. They’ve baked themselves into the history of this race.

Of course no race report would be complete without extending a huge thank you to the people in Patagonia who hosted the race. The horse owners who lent us their incredible steeds, the Gauchos who gave their time and expertise, the landowners who allowed us to ride through areas few are privileged to ever see. Their warmth and welcome made it possible.

And of course it’s important to extend this gratitude to the crew. Both the Argentine and international crew who worked tirelessly to pull the strands of chaos and adventure together. The event crew, the vets, the medics, the media crew, the cooks, the drivers, the HQ staff, the wranglers and everyone who pitched in to help.

THANK YOU ONE AND ALL. As a result of all of your hard work we can now say the mighty Gaucho Derby has passed its final hurdle and become a fully fledged race.

Now that we have digested all the data and feedback from all those mentioned above, the race debrief has occurred and we’re unreasonably excited to announce how the Gaucho Derby has evolved. I’ll come back to some of these key upgrades shortly as the next thing to announce are the results of the race.

For all its “pioneerness” this was still a race, although by design not quite as competitive as editions that will follow in its hoof prints. The format and fine print of the rules are things that the pioneers race is there to establish. So as with the very first Mongol Derby it’s hard to treat the placing in the same precise way that we will in future editions. That said we obviously apply the rules as fairly as possible. It also means exact times down to the minute are a little irrelevant because so many mitigating factors could have come into play. We feel it’s against the spirit of a pioneers race to announce exact timings, so all our final race placings are rounded to the nearest hour.

The difficulty in maintaining a more strict set of rules was compounded by the storm that holed most of the riders up in the mountains on days 2 and 3. After we got everyone safely out of the hills we changed the format of the race to time trial legs to ensure we had a simpler way to run the remaining legs, so we juggled 2 timing formats.

Where a rider is marked as “adventure” it means they were untimed for reasons such as not riding all the sections of the course. However don’t assume their accomplishment to be any less badass. I love adventure class. It is where all the best stories happen.

Awards issued on the night

Awarded to the person (or in this case persons) who most summed up the Gaucho Derby spirit of adventure as voted by the riders. Laura, Louise and Shirley were clear winners for their frankly unstoppable good humour – we salute you ladies – well played.

Possibly the most important of all awards. All our riders were exemplary horsemen and women, but Stevie and Dylan were chosen by the vets as the riders who stood out. Well done you two.

*In all the madness of the pandemic hitting on the closing ceremony, flights home dropping like flies and borders closing at the same time as the initial numbers were added up there was a transposition error made with Chris’ time. After rechecking in great detail the new times are accurate and Chris has swapped positions with Courtney.

How has the pioneers race helped to evolve the Gaucho Derby?

As always after any race we’ve done a full review and tweaked the dials of adventure all over the place. The goal with all our debrief changes is to keep the Gaucho the giant slab of adventure it is while mitigating any risks to horses and to create a fair and increasingly competitive field of play. The below is not an exhaustive list but a quick summary of the key structural changes we have made for next year.

Firstly we’re dropping the pack horse for the next race. We saw that they weren’t needed in the mountain sections of the ride this time. It added an extra level of complexity and didn’t deliver any particular benefit. The theory was to use the pack horses to carry hay for both horses to graze on overnight. In practice there was suitable grazing all along the course making this unnecessary buggeration. We’ve also changed the riding hours to ensure there is even more grazing opportunity (see next point).

We’re introducing new riding hours of 8am to 6pm. This will allow around 3 hours of daylight at the end of the day for riders to sort their horses out and get them grazing as well as establish a camp for themselves. It also means our crews will have more time to reach and assess the riders before the sun sets.

Wilderness training is going to become a compulsory and extended part of rider training, something we will be looking at in the run up as well as in the pre-race training in Argentina. Good decision making in the mountains is the key to a successful race and the more familiar riders are with the outdoors, the better.

Weight limits are changing (a bit). Our sole objective with a weight limit is to look after the horses. Secondary to this is human suffering (it’s meant to be a challenge) but the horses are our responsibility. With larger horses the pioneers had a 10kg weight limit for their kit. This is fine for the essentials but the reality of the Gaucho is that camping is an every night affair. If you’re under canvas in a rainstorm for 4 days in between sitting on horses in a rainstorm – stuff gets wet and that can quickly escalate. So we’re now giving riders a fixed size re-supply box at each horse station. Then the glory of dry undies and socks is a reality but the horses don’t carry any extra load.

As with the Mongol Derby we had an incredible crew on the Gaucho pioneers’ race. As we head into round 2 the team is getting larger as we bring in more gauchos to work alongside more of the international crew members.

While we used the time trial structure for part of the pioneers race we’re going to return to the out and out race format next year. This means penalties will be sat out in real time and the winner will be the rider who crosses the finish line first. It means riders will be more self-sufficient and won’t bunch together in the evenings. Part of the beauty of these races is the connection between the horse, the rider and the landscape. This is an adventure and a race. We will be putting together some film of the pioneers’ race (thank you Rich and Ivo) and will keep posting clips and photos online over the coming months so join our mailing list if you haven’t already and follow us Instagram or Facebook. I for one am ridiculously excited about Gaucho Round 2, it’s going to be one hell of a race.